The new Hammersdale staging area being used by bulk connections and Maydon Wharf at the Durban is somehow failing to serve it’s purpose effectively . This is a view from the truck owners and truck drivers, they have welcomed the new staging area, previously the trucks were being staged at the old Airport. There is no specific way whatsoever regarding the queuing of trucks. Remember as truck owners and truck drivers we believe that these staging areas are put in place so as to control the traffic getting to the Durban port so that roads will not be blocked by trucks parking on the roads, sometimes blocking intersections.

1. Truckers are just parking as they are told to do so by the security officers. The truck driver get off the truck goes to the office where he is issued a card with a number and a small ticket. If there is a lot of trucks he is just told to go wait in his truck by so doing it doesn’t matter who came in first people are just parking anyhow so the confusion comes when the trucks are released any driver just goes and check in the office if you are allowed to leave the staging area they just leave.

There should be at least a system where by when a truck enters the gate, the driver is immediately issued with his card number and display it on the windscreen so that when he is parking there should be someone controlling the traffic sequently. When he is done he goes to the office and gets a slip which he must produce at the Port. If that is done then the Hammersdale staging area has to communicate with the guys at the Durban port that now we can accommodate say twenty trucks or any number. Hammersdale is about 45 to 60km via the N3 or M7 so it takes about an hour or so to get to the Port.

There is a need of effective communication from both parties. Trucks then gets released in batches after an hour or so they release some more trucks so that they reduce the congestion on the roads to Durban Port. There is also another issue whereby now its raining season and things are looking better because there is not much dust but mud. We are worried because the ground is just plain soil so when it’s windy and sunny there will be too much dust, just imagine when it’s hot and trucks are coming in you can’t open windows because of dust. We are happy about the toilets and showers but worried about the dust.

A truck gets at Hammerdale staging area at night and you find out that trucks which arrive in the morning can leave first. It all depends on the driver going to check at the office, in short there is no system in place to control the movement of trucks leaving the staging area.

The bottom line is there must be a clear system with an effective communication for all parties involved. I am sure that most drivers and their management are not even aware that trucks are not allowed to park overnight at Hammersdale, yet some drivers are turned back only to be told to return the next day which is a ridiculously waste of diesel. 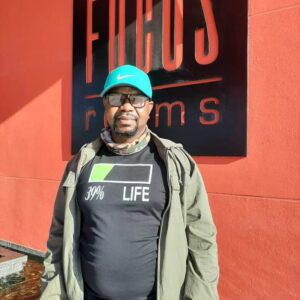